Since 1993 David Cosgrove Los Angeles Web Design has had the privilege and honor of working with organizations and friends both local and international, large and small.

From a wide variety of industries, our customers have their own unique business requirements and customer stories. We invite you to learn more about our customers and how David Cosgrove is helping them to elevate the total performance of their operations. 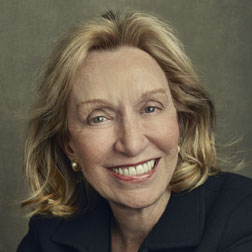 Doris Kearns Goodwin is a world-renowned presidential historian, public speaker and Pulitzer Prize-winning author. She is the author of six critically acclaimed and The New York Times bestselling books, including her most recent, The Bully Pulpit: Theodore Roosevelt, William Howard Taft, and the Golden Age of Journalism (November, 2013). Steven Spielberg’s DreamWorks Studios has acquired the film and television rights to the book. 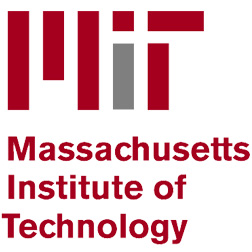 The MIT Personal Robots Group focuses on developing the principles, techniques, and technologies for personal robots. Dr. Cynthia Breazeal and her students conduct research that advances the state-of-the-art in socially intelligent robot partners that interact with humans to promote social and intellectual benefits, work alongside with humans as peers, learn from people as apprentices, and foster more engaging interaction between people. More recent work investigates the impact of long-term, personalized Human-Robot Interaction (HRI) applied to quality of life, health, creativity, communication, and educational goals. 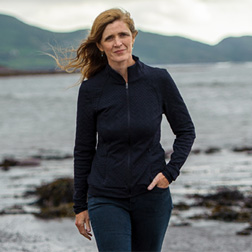 From 2013 to 2017 Power served as the 28th U.S. Permanent Representative to the United Nations, as well as a member of President Obama’s cabinet. In this role, Power became the public face of U.S. opposition to Russian aggression in Ukraine and Syria, negotiated the toughest sanctions in a generation against North Korea, lobbied to secure the release of political prisoners, helped build new international law to cripple ISIL’s financial networks, and supported President Obama’s pathbreaking actions to end the Ebola crisis. President Obama has called her “one of our foremost thinkers on foreign policy,” saying that “she showed us that the international community has a moral responsibility and a profound interest in resolving conflicts and defending human dignity.” 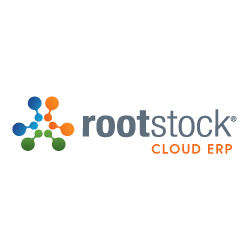 Launched in 2008, Rootstock Software® is a proven provider of powerful Cloud ERP manufacturing, distribution and supply chain solutions that enable manufacturers and distributors to cut costs, improve processes, and increase revenue with minimal IT infrastructure investment. The company has grown to serve customers throughout North America, Europe and Asia Pacific and is now available exclusively on the salesforce.com’s Salesforce Platform (Force.com) and available through the salesforce.com AppExchange, the world’s most-popular marketplace for business apps. 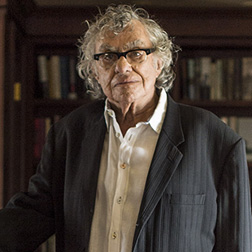 As special counsel to the Legislative Oversight Subcommittee of the U.S. House of Representatives, Mr. Goodwin conducted the now well-known investigation of the Twenty One Quiz Show scandal, which he chronicled in Remembering America. His story was the basis for Robert Redford’s 1994 film, Quiz Show, in which the Golden Globe® Award-winning actor Rob Morrow played the role of Mr. Goodwin. Quiz Show was nominated for four Academy Awards®, including Best Picture, and four Golden Globe® Awards. 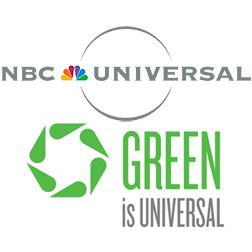 NBCUniversal is one of the world’s leading media and entertainment companies in the development, production, and marketing of entertainment, news, and information to a global audience. NBCUniversal owns and operates a valuable portfolio of news and entertainment television networks, a premier motion picture company, significant television production operations, a leading television stations group, world-renowned theme parks, and a suite of leading Internet-based businesses. With more than 40 TV, digital and out-of-home platforms reaching over 100 million consumers each month, NBCUniversal can harness the power of these communications and experiential platforms to help our audiences learn about the environment and the ways they can live greener. 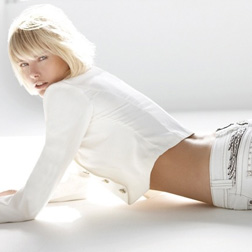 Eugenia Kuzmina is a Russian-American actress, comedian and model. Her modeling career took off when she appeared on the cover of Glamour , and walked the runway for multiple designers including Yves Saint Laurent, Alexander McQueen, Thierry Mugler, etc. She appeared in advertisements for Hermes, Armani jeans, Dior sunglasses, GAP, and L’Oreal. Her first video appearance was in a music video Ange etrange for David Hallyday. In 2011 Kuzmina transitioned into acting. 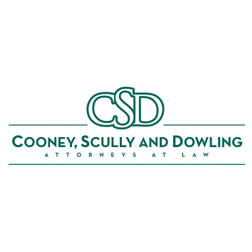 For over 75 years, the firm of Cooney, Scully and Dowling has provided legal services in Connecticut. We are convinced that our longevity is a reflection of our collegial approach and the shared commitment of our attorneys and staff to both quality and integrity. 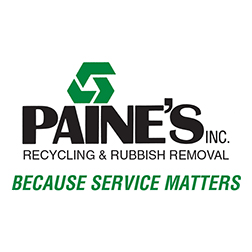 Paine’s is an outstanding provider of Residential, Commercial and Industrial recycling and rubbish removal services in the Greater Hartford and Northwestern Connecticut areas.

Paine’s Inc. was started in 1929, in the small community of Simsbury, CT just prior to the depression by Albert I. Paine and his wife Mary. The business was started to provide food scraps to the family farm during a time when every scrap mattered. Once the food scraps were picked up, they were cooked and then fed to the 200 or so pigs on the farm. This auspicious start is what helped the Paine Farm and the family survive the depression. With Albert’s need to provide for his family and the community he loved, he was able to see what people needed then and were going to need in the future. Thus Albert and Mary’s tireless efforts laid the foundation and principles that Paine’s stills relies on today. 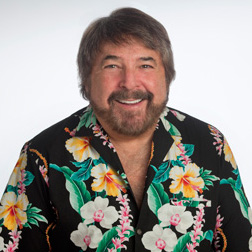 Dr. Marty Zase of the Colchester Dental Group is one of only a dozen dentists in the world to have both a Mastership from the Academy of General Dentistry and an Accreditation in Cosmetics from the American Academy of Cosmetic Dentistry. He practices in the Colchester Dental Group and is the only dentist in the greater Hartford area Accredited by the AACD. He was the 2006-2007 President of the AACD, the largest cosmetic dentistry organization in the world. He serves on the AACD Board of Accreditation Examiners and mentors Accreditation candidates. At the AACD, he was one of the developers of both the University Advisory Council and the Private Education Advisory Council to help spread the teaching of cosmetic dentistry to dental students at all stages of their careers. 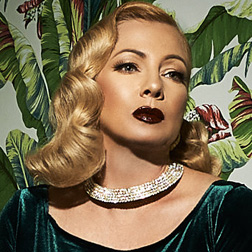 Traci Lords is impossible to categorize.  Kevin Smith called her an American Pop Icon.  John Waters called her a Sexual Terrorist. While her early notoriety brought her international fame, her determination, grit and talent have garnered her respect in many areas of the entertainment industry.  She has appeared in dozens of films and television shows from Roger Corman’s Not Of This Earth, Cry Baby, Blade, Zack & Miri Make a Porno to Excision; from Melrose Place, Roseanne, Will & Grace and Gilmore Girls to series regular roles on NBC’s Profiler and Syfy’s First Wave.  Her autobiography Traci Lords Underneath it All (HarperCollins) was a NY Times Bestseller and has been optioned for a miniseries.  Her pioneering techno album 1000 Fires (Radioactive/MCA) topped the Billboard Dance Chart and was featured on both the Mortal Combat and Virtuosity soundtracks.  Her directorial debut, Sweet Pea was produced under the auspices of the renowned Fox Searchlab.  She has recently launched the fashion line Traci Lords for Couture for Every Body .  She lives in Los Angeles with her husband and 9 year old son and their rescue German Shephard. 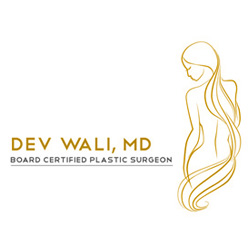 Voted Inland Empire’s top plastic surgeon, board certified plastic surgeon Dr. Dev Wali combines a life-long passion for art with a dedicated career in science to achieve natural and long lasting beauty in aesthetic surgery. He is well known for his extraordinary work with breast augmentation, breast reduction and mommy makeovers and his reputation for patient care has earned him not only repeat clients but valued relationships among his patients. 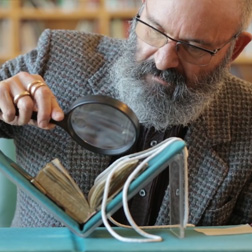 Simon Toparovsky was born in Philadelphia in 1951. After attending the California College of Arts and Crafts and the University of California, Berkeley, he apprenticed to hand bookbinders in the U.S. and England. In 1976 he was invited to head the new apprenticeship program at the Center for Book Arts in New York. While living and teaching there he created a body of artworks, one-of-a-kind books, that are recognized for their craftsmanship, innovation with materials and for pushing the conceptual boundaries of the field. These works are included in many public collections. His Tikal Codex was acquired by the Cooper-Hewitt, National Design Museum of the Smithsonian Institution and awarded the special designation “first book as art for the permanent collection.” 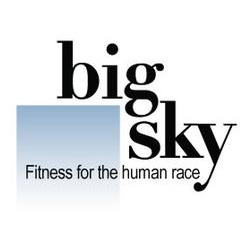 Big Sky gyms have been the ONLY gyms that have proven this time and again, by featuring hundreds of Member Success Stories, complete with DRAMATIC before and after photos. EVERY single month… EVERY single year… for 10+ YEARS!

THIS is why so many people love Big Sky! 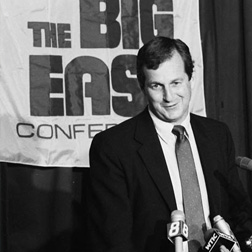 BORN TO LEAD: JIM CALHOUN provides a unique inside look into one of the most successful and enigmatic coaches in the history of college basketball. During his 40 year career he won 873 games and three National Championships with underdog determination, a will to win and a relentless quest for perfection. He could be profane, combative and polarizing but also charitable and compassionate.

Contact David Cosgrove Los Angeles Web Design today for a free consultation or to request a quote on your next project.

Questions? Our expert team is here to help.

Copyright All Rights Reserved © 2020 David Cosgrove Los Angeles Web Design
We use cookies to ensure that we give you the best experience on our website. OKRead more